This week’s what to watch on Shudder features Ginger Snaps, The Innkeepers, and Innsmouth. Here’s more on this week’s picks…

What to Watch on Shudder: Ginger Snaps

2000’s Ginger Snaps is a great addition to the werewolf sub-genre. Director John Fawcett’s film focuses on two teenage girls in a suburban town. When Ginger is bitten by a creature, she starts to develop signs of lycanthropy. The film combines a coming-of-age story with a gory horror. It mixes teenage issues with mystical allegory in a way that is similar to the Buffy the Vampire Slayer television series. Although, Ginger Snaps is light on the humour and heavy on the blood. Fawcett shows just how to make a modern werewolf film bite. Ginger Snaps is now considered a cult movie, and justly so.

What to Watch on Shudder: The Innkeepers 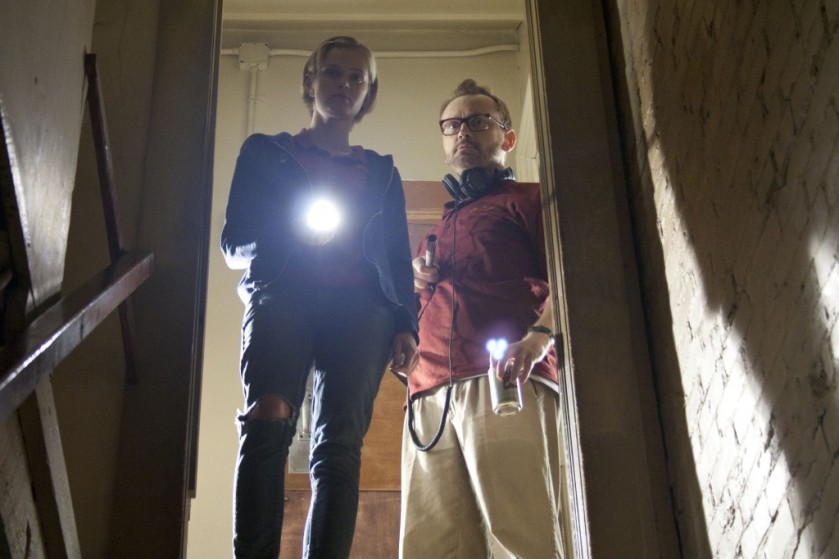 Supernatural horror The Innkeepers combines frights with laughs. The 2012 film, written and directed by Ti West, effectively balances humour with terror. Two members of staff at an inn decide to investigate the hotel’s supposedly haunted past. The focus remains on the two protagonists, and The Innkeepers is all the better for this. The film boasts a decent script, effective sound, and some good, sustained tension. Although the ending is a little disappointing, overall the film is a well worth watching for those who enjoy supernatural horror. Read a full review of The Innkeepers here.

What to Watch on Shudder: Innsmouth 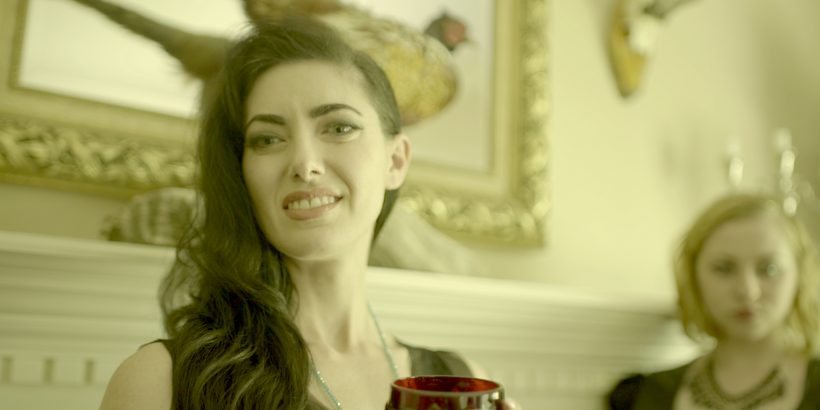 Writer-director Izzy Lee’s 2015 short Innsmouth shows some promise. The film is about a police detective who travels to the town of Innsmouth after discovering a clue at a crime scene. The film takes inspiration from H.P. Lovecraft, with not only its setting but some facets of the story. A gentle build makes way for a strange middle and a startling conclusion.

You’re Next is an entertaining horror that effectively balances suspense, gore and comedy.

The Davison family get together to celebrate the wedding anniversary of their parents. Paul and Aubrey Davison, their children and respective partners decide to spend the weekend at their country retreat, but soon receive some unwanted attention…

You’re Next is a home-invasion horror with a healthy dose of humour. The premise functions well enough to engage viewers. It is the mystery of the situation that retains the attention.

The narrative is well paced. You’re Next fills its 94-minute running time with sufficient suspense, gore and laughs. The twists that occur are not wholly unpredictable. Nevertheless, they are necessary to explain the situation.

You’re Next generates a real sense of mystery. It is this aspect which is most effective in the film. It is unclear how the film is going to pan out for a significant period. You’re Next reels viewers in with this suspense.

The humour in the film works well. Some of the black comedy is reliant on the gore or the absurdity of the situation. What is more effective, however, are the quips and the sibling animosity even in such a crisis. Moreover, the jokes about filmmaking directed at Ti West’s character should go down well with horror movie fans.

Adam Wingard’s film features some incredibly gory sequences. With these, You’re Next earns its 18 rating. Special effects in the film are great. Sharni Vinson offers a competent performance as Erin. Nicholas Tucci is well cast as Felix. Performances from the rest of the cast are fine.

The story that comes out of You’re Next is absurdity taken to the extreme. The film does not offer a realistic prospect. Instead, with its black humour, mystery and graphic violence, You’re Next is an amusing and entertaining experience.

The Innkeepers is a decent horror movie with a comedic fringe. Although Ti West’s film is not wholly satisfying, it does entertain throughout.

It is the Yankee Pedlar Inn’s last weekend open, and employees Claire and Luke have just a few guests to look after. As both are staying at the hotel over the weekend, Claire and Luke decide to discover the truth behind the hotel’s supposedly haunted past. As the pair attempt to document their stay, strange occurrences begin to take place…

Written and directed by Ti West, The Innkeepers attempts to combine horror with humour. This combination is successful for the most part. West keeps the story simple, which works well. The Innkeepers is not weighed down with superfluous strands or characters.

The film boasts a good script. The rapport between Claire and Luke is believable. Anyone who has worked a similar job will be able to identify with the boredom and monotony that the employees experience. The humour is not constant, but is effective when it does appear.

There is a perceptible shift in mood in the third act of The Innkeepers. This is a smart move, as the less jovial atmosphere   sustains the horror effectively. There are some good frights in the film, as it retains the tension admirably. Nevertheless, the finale is unsatisfying. This is frustrating, as The Innkeepers is a good horror film overall.

Performances from the small cast are good. Sara Paxton is wholly believable as Claire, in both moments of fear and in the more mundane scenes. Pat Healy also offers a good performance as Luke. The Innkeepers excels in using sound to generate and emphasise horror. This appears in the explicit guise of the recording equipment, as well as the heightened sound effects.

The Innkeepers is well worth watching for those who enjoy supernatural horror.