Here’s what to watch on Shudder this week, including Repulsion, The Love Witch, and short The Grey Matter…

What to Watch on Shudder: Repulsion

Roman Polanski’s Repulsion is one of the director’s best films. Released in 1965, the film was Polanski’s first English-language film. The film is about a young Belgian woman living with her sister in London, who descends into a perilous state. Catherine Deneuve delivers a great performance as Carol, the young woman whose mental state slowly unravels in Polanski’s psychological thriller. Repulsion is a landmark genre film, one that lingers after the credits have rolled. Read a full review of Repulsion here.

What to Watch on Shudder: The Love Witch 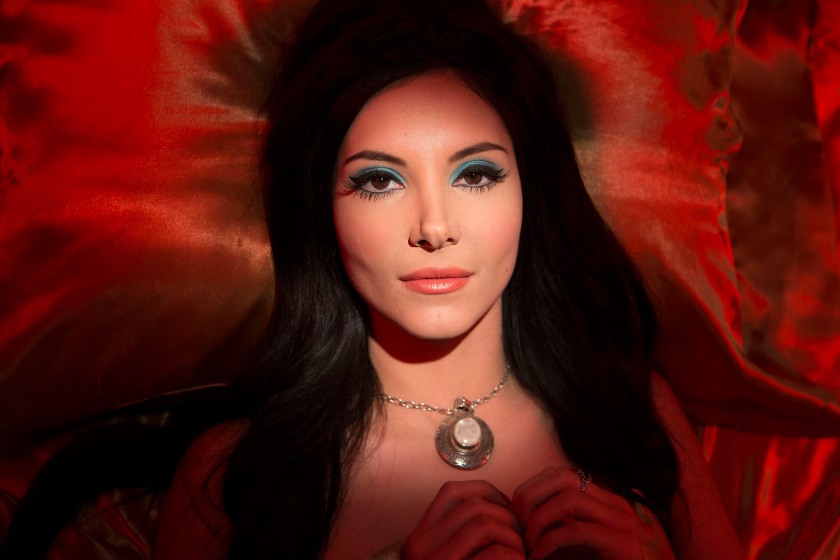 Anna Biller’s The Love Witch is an amiable pastiche of late 1960s/early 1970s exploitation films. The film is about a modern witch (set in that period), who uses spells to make men fall in love with her. Biller adds a feminist approach to the exploitation film, offering a protagonist with a commanding presence, and seemingly-strong male characters who buckle under the title character’s charms. Anna Biller is something of a one-woman film crew; she directs, writes, produces, and edits the film, as well as being responsible for art direction, production design, costumes, and music. The Love Witch is a visual feast, it is a colourful, alluring film that does not skimp on the gore.

What to Watch on Shudder: The Grey Matter 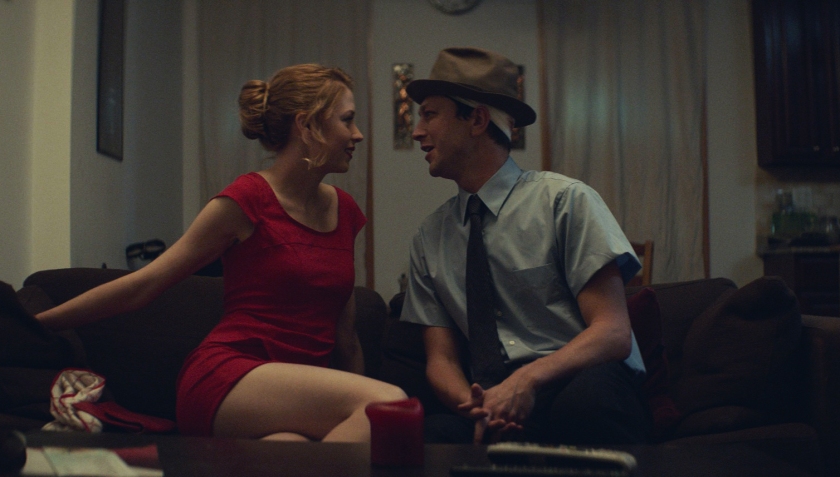 Directed by Peter McCoubrey and Luke McCoubrey, The Grey Matter is a short comedy horror. An office worker wakes up in an alley with a head injury and a later personality transformation, which seems him attract the attention of a beautiful colleague. The Grey Matter combines comedy with horror tropes, and does so in a light and engaging way. The short film offers decent special effects, and a story fit for its eighteen-minute run time.

Roman Polanski’s Carnage works fantastically well as a portrait of social etiquette and the human condition. The film should have audiences laughing, although it has a deeper resonance than simply humour.

After Nancy and Alan Cowan’s son gets into a playground fight with the son of Penelope and Michael Longstreet’s son, both sets of parents agree to resolve the dispute at a meeting. The meeting begins cordially, with all four adults agreeing on the best course of action to take. It does not take long, however, for the atmosphere to descend as the bickering begins…

Originally a play, it is easy to see why Carnage would work on stage, with the vast majority of the action taking place in one apartment. Thankfully, Yasmina Reza’s screenplay also works well on screen. With a running time of under ninety minutes, Polanski’s film feels brisk and energetic. Sufficient time is allowed for the situation to develop, but incidents never feel laboured.

Carnage explores the dynamics of appearance and social conventions in a way that is both humorous and thought-provoking. The breakdown of etiquette is something that is directly referenced by the characters. It is as if the couples undertand their social faux pas, but are too overcome by the notion of carnage to stop themselves. The desintegration of normal social behaviour is depicted in a realistic way; it is gradual rather than rushed.

Comedy in the film is frequent and hits the right note. There is some physical humour, which does generate laughs. More integral than this is the wit of the screenplay, with cutting remarks inducing much of the comedy. Polanski’s direction is great in balancing movement in the very controlled environment.

Performances from the four leads are excellent. Christoph Waltz, in particular, excels as Alan Cowan. Waltz brings energy to the role, as well as relish in the demise of social etiquette. Kate Winslet holds her own as Cowan’s wife Nancy, while Jodie Foster and John C. Reilly make good antagonists in the form of the Longstreets.

Carnage is a great comedy. The film depicts a level of intelligence, which does not detract from the universal enjoyment of it all.

I have heard nothing but positive comments about Roman Polanski’s Carnage. I was dismayed to have missed it at the London Film Festival this year, but the film is being released on 3rd February 2012. Based on Yasmina Reza’s stage play, Carnage focuses on a meeting between two sets of parents attempting to sort out their sons’ playground dispute. The film stars Kate Winslet, John C. Reilly, Jodie Foster and Christoph Waltz.

Based on the best-selling novel by Robert Harris, The Ghost exhibits why Roman Polanski is widely considered one of the greatest directors. From the very beginning the film is captivating, drawing in the viewer until the end credits roll.

The Ghost tells the story of a ghost writer who is commissioned to help finish the memoirs of the former British prime minister, following his predecessor’s unexpected death. Things take a turn for the worse when ex-prime minister Lang is accused of war crimes, and the unwitting ghost writer in drawn into a web of intrigue…

Part of the interest in the film is the obvious parallels between Lang and Tony Blair. Anyone with even a passing interest in British politics cannot help but notice the similarities between the two, in both career incidences and mannerisms. The film is sure to resonate with British audiences with its very topical and believable narrative.

Pierce Brosnan is perfectly cast as Lang, depicting both the charisma and smarminess associated with the former PM. Olivia Williams excels as wife Ruth, giving an engaging performance as the formidable yet frustrated partner. As the ghost writer, Ewan McGregor is a credible protagonist who viewers will side with; much what is discovered occurs from his viewpoint.

Polanski’s film is part political satire and part thriller. The beauty of The Ghost is that it is entirely conceivable; it is not by stretch of the imagination that everything that takes place could really occur. Conspiracy theorists will have a field day with what is ultimately revealed.

The narrative builds at an appropriate pace, gripping the viewer with every new discovery. Furthermore, the setting – a small island off the east coast of the United States – is perfect in providing a location which is both isolating and claustrophobic. The muted palette of the island cinematography adds to this atmosphere of seclusion.

Although Polanski is currently in the press more for his legal issues rather than his filmmaking, this should not detract from this cinematic showpiece. The Ghost is an enthralling thriller, and a welcome return to form for its director.

Roman Polanski’s 1965 psychological thriller packs a punch in the unnerving atmosphere it creates. Filmed in black and white, this low-budget picture was Polanski’s first English-language feature.

Repulsion‘s narrative centres on Carol, a beautiful but distant French girl living with her sister in London. As the film progresses, her psychosis becomes more and more severe, resulting in cataclysmic effects.

Repulsion exhibits the artistry of Polanski’s direction. The opening shot of a close-up of Carol’s eye immediately grabs the attention. This is followed up by many lingering shots, almost a visual interpretation of the protagonist’s mindset. Sound is also used to great effect in the picture; the ticking clock is particularly disturbing, for both Carol and the viewer.

Catherine Deneuve excels in playing Carol with the understated reticence required. Her disintegration is both disturbing and compelling to watch. Part of the brilliance of Repulsion is that it does not explain the reasons behind Carol’s psychosis. Whilst there are hints, the audience is left to make up their own mind about possible causes.

With the hindsight of what followed in Polanski’s personal life, some of the themes of the film seem unsettling in retrospect. Nonetheless, Repulsion stands as a landmark in the genre, as well as one of the director’s biggest triumphs.

Repulsion was shown at the British Film Institute, as part of the Psycho: A Classic in Context season.