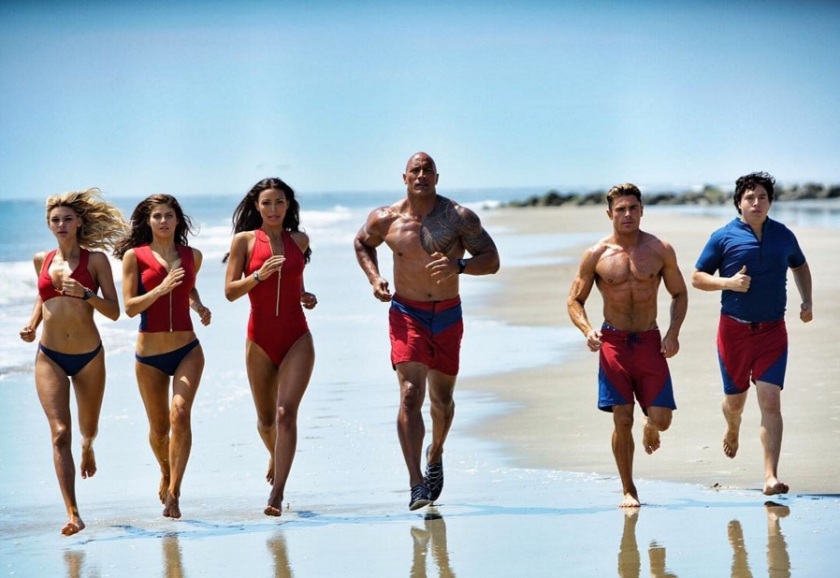 Director Seth Gordon’s big screen adaptation of Baywatch is mildly entertaining, yet feels like a missed opportunity. The big names redeem the film rather, but not to a very great extent.

Lifeguards Mitch Buchannon and his crew patrol the beach, to safeguard visitors and keep an eye on suspicious activity. When Olympian Matt Brody shows up for duty, he must show he can match up to the competition…

Much-loved nineties television series Baywatch is the latest property to receive the big-screen treatment. Given the success of 21 Jump Street, it is not hard to see why filmmakers thought this would be a successful enterprise. Yet, in comparison to that film remake, Seth Gordon’s film falls short of the mark.

The plot of Baywatch is suitable enough. There is sufficient space for both action and humour to unfold. However, the main strand of the drugs found on the beach becomes a little laborious. Coming in at almost two hours, the film takes it time to reach its conclusion. This hinders the comedic aspect as a result. There are some amusing jokes, but not all generates laugh. The crude humour is hit and miss, and the repetitive jokes feel over laboured.

The film combines various narrative strands into its central plot. Brody functions to offer a redemption story, whilst CJ and Ronnie provide a romance angle. Both these ideas are fine additions, yet the former is a little over-egged. Like the television series, the film offers a plenty of shots of scantily-clad women. Yet, in 2017, Baywatch evens the scale by offering a voyeuristic view of Dwayne Johnson and Zac Efron, more often topless than not. The main cast are very likeable, and thus offer some redemption from the less stellar aspects of the film. Priyanka Chopra pitches the right tone in the antagonist role.

Above all, Baywatch feels like it squandered its potential. This is symbolised in perfect fashion with the cameo appearance by Pamela Anderson. She makes an appearance, yet is given no lines.