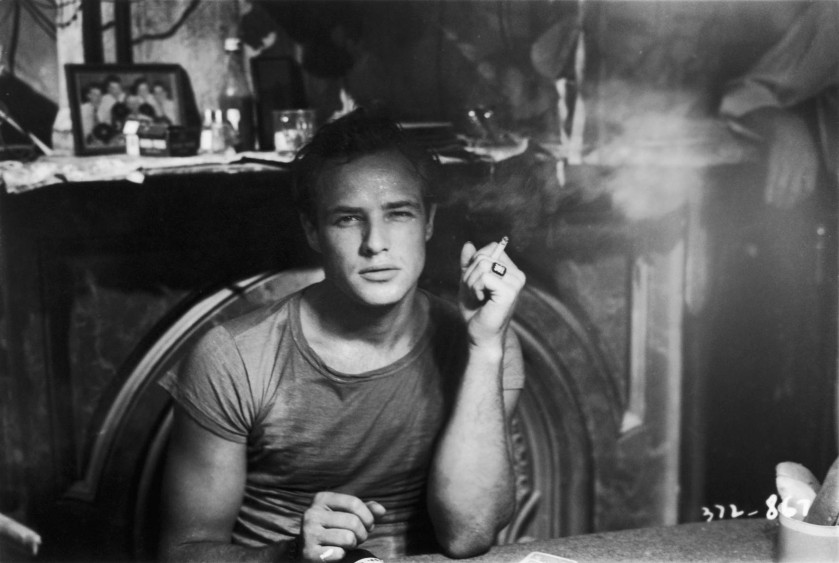 Using previously unheard recordings, Stevan Riley’s Listen To Me Marlon is an engaging portrayal of a revered actor.

Listen To Me Marlon charts famed actor Marlon Brando, from ordinary beginnings to Oscar-winning actor. Looking at his career, interests and personal life, the documentary paints an intimate picture of the actor…

In Listen To Me Marlon, a patchwork of recordings and interviews are pulled together to weave a biographical narrative. Director Stevan Riley uses the recordings to offer an account of Marlon Brando from the actor himself. Of course, this is not actually the case, given that the footage and recordings to create a particular narrative. The film paints Brando as immensely talented yet uneasy soul, with an emphasis on childhood difficulty as the root of later troubles.

The narrative of Listen To Me Marlon works well to highlight the best aspects of Brando’s personality. These include his concern for civil rights and highlighting inequalities. The less appealing elements, such his difficulties on set, receive a gloss coat. These aspects are not ignored, but there is an attempt to explain them on a difficult childhood and a growing despondence with the movie business.

The most fascinating aspect of Listen To Me Marlon is Brando’s thoughts on acting. Riley paints the protagonist as going on a journey, but it is unclear if this was actually the case. What is indisputable is a latter jadedness with the process of movie making. Early clips showing Brando talking about method acting show his passion, which is very interesting to watch.

Brando’s family life is discussed in relation to the impact this had on his personality and career. Listen To Me Marlon is not a straightforward documentary. The opening clip functions to depict Brando’s foresight on the future of acting in films. Riley recognises the prescience of this prediction.

Listen To Me Marlon paints a positive picture of Marlon Brando, who was undoubtedly a captivating character. Those more familiar with his performances than his life off-screen life will certainly learn something.

Listen To Me Marlon is being screened at the London Film Festival in October 2015. The film will be released in cinemas on 23rd October, on digital on 9th November, and on DVD and Blu-Ray on 30th November 2015.

There has been an abundance of well-executed animated features in 2010; Megamind is just the latest of these. Although the film is enjoyable and has wide appeal, it may suffer from being released so soon after Despicable Me, as the two films share some striking similarities.

Super villain Megamind has a rivalry with his nemesis Metro Man which stretches all the way back to childhood. When Megamind finally defeats Metro Man, he finds that life is much emptier without a nemesis to fight…

Megamind appears to be a little ‘by the numbers’ in a way it would not have seemed only a few years ago. This is because there have been several animated features this year particularly that mix comedy with action and fantasy in a style that will appeal to adults as well as children. So in this sense it appears formulaic, but only as it comes after the year’s several successful animated features.

Like Despicable Me, the protagonist in Megamind is very much an anti-hero. Although he is evil, we inevitably root for the humorous Megamind to prosper, rather than the stereotypically ‘good’ characters. And just like Despicable Me‘s Gru, Megamind has a change in outlook through the course of the film.

Megamind is entertaining primarily due to its good use of comedy. Megamind’s conversations with his cohort Minion are amusing; these interactions reveal both affection and gentle ribbing. Megamind makes reference to a number of films, including The Karate Kid and Kill Bill: Vol. 2. Most notable, however, is Megamind‘s hilarious spoof of Marlon Brando in Superman. Megamind parodies superhero films, offering a rather skewered version of both heroes and villains of this genre. Nevertheless, Megamind appears to offer a more realistic interpretation of how superheroes would be treated in the real world, than that of Kick-Ass, for example. Metro Man is portrayed as part deity, part celebrity – a believable reflection of the contemporary world.

Will Ferrell appears perfecting cast voicing Megamind, he bring the humour necessary for this role. Tina Fey, Jonah Hill and Brad Pitt similarly perform well, although it does feel a bit like stunt casting, particularly in the case of Pitt. Nowadays, it seems a prerequisite to have A list names voicing animated features.

The animation in Megamind is faultless, with the backdrops of the sky appearing strikingly realistic. The 3D element is incorporated seamlessly, although Megamind is a film that would certainly be enjoyed just as well in 2D. The soundtrack is fantastic, featuring classic tracks from Michael Jackson, AC/DC and Guns n’Roses.

If Megamind had been released a few years ago, it would definitely be one of best animated films in that year. Given the plethora of superb animated features this year, however, Megamind runs the risk of being forgotten. An enjoyable watch, nonetheless.