Cinematic delights in this week’s preview of coming attractions include the latest Justice League poster, Paddington 2, Newly Single and more…

Murder on the Orient Express Featurette 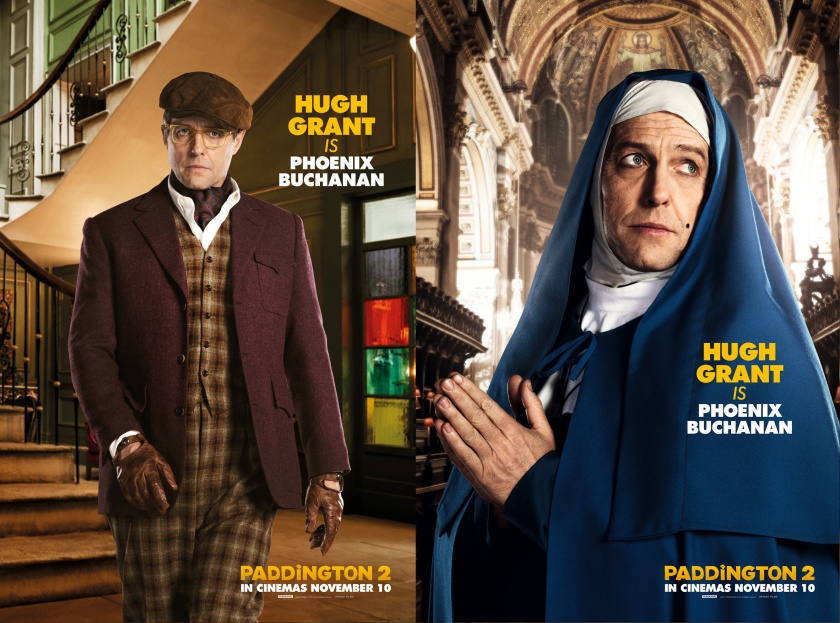 Hugh Grant looks wonderfully fun in these new Paddington 2 posters. Grant is the most high profile addition to the case of Paddington 2. The sequel to Paddington sees the return of the lovable bear, and the Brown family, in a new adventure. Paddington 2 is out on UK screens on 10th November 2017.

Above is the trailer for Newly Single. The comedy is about a film director who finds himself on the Los Angeles dating scene after splitting up with his girlfriend. The film is written and directed by Adam Christian Clark, and stars Jennifer Kim and Molly C. Quinn. Newly Single will debut at the Black Nights Film Festival in Estonia on 27th November 2017; its UK release will follow.

Tad the Lost Explorer and the Secret of King Midas Trailer

Plenty in this week’s preview of forthcoming attractions, including the new IT trailer, Spider-Man: Homecoming, Ferdinand, and more…

Here is the brand new IT trailer. The film is an adaption of the Stephen King novel, which was famously made into a television miniseries in 1990. This version tars Bill Skarsgård as the villain Pennywise. IT is set for release in UK cinemas from 8th September 2017.

Valerian and the City of a Thousand Planets Trailer

Valerian and the City of a Thousand Planets is the latest scif-fi adventure from director Luc Besson. The film is set in the distant future, and stars Dane DeHaan, Cara Delevingne, Clive Owen and Rihanna. Valerian is coming to UK cinemas this Summer.

Based on the book, Ferdinand is about a bull who is mistaken for a dangerous beast and torn away from his home. The film features the voices of John Cena, Kate McKinnon, and David Tennant. Ferdinand will be released in UK cinemas on 15th December 2017.

Here is the latest trailer for comedy Snatched. The film stars Goldie Hawn and Amy Schumer as a mismatched mother and daughter combination. It will be interesting to see if the comedy prowess of both actresses can create something memorable. Snatched is out in UK cinemas on 19th May 2017.

2016 has been a remarkable year in current affairs, and a sad one for the untimely deaths of so many beloved celebrities. But let us turn our attention to something more comforting – film. As the year draws to a close, it’s time to review the 2016 Hollywood trends. Rather than a countdown of the best films, this article looks at the key trends in mainstream cinema of the year. It has been a year that harks back to Golden Age-Hollywood, whilst superheroes met head to head. Disney have dominated once again, whilst the Summer was lacklustre blockbuster season…

Although big superheroes appearing together in the same film is not a new phenomenon (2012’s Avengers Assemble and even 2014’s The LEGO Movie attest to this), in 2016 it became a noticeable trend. whilst February’s Deadpool only featured lesser-known X-Men with the title character, Batman V Superman: Dawn of Justice brought together three of DC’s biggest heroes in one film (paving the way for 2017’s Justice League). Released in  April, Captain America: Civil War functioned like ‘Avengers 3’ with the inclusion of Iron Man, Ant-Man and other secondary Avengers. Pivotally, the film boasted the addition of Spider-Man (who had previously appeared only in Sony films). In August, the hotly-anticipated Suicide Squad hit the big screen. The film featured many of Batman’s nemeses together, including the Joker, and Harley Quinn in her first live-action film appearance.

2016 has been the year for Golden-Age Hollywood nostalgia. The Coen Brother’s comedy Hail, Caesar! focussed on the day in the life of a studio fixer in 1950s Hollywood. As well as all the backstage activity Mannix has to keep under wraps, the film features some great musical sequences harking back to classic Hollywood features. Albeit, with tongue firmly in cheek. Woody Allen’s Café Society focuses on the assistant to a Hollywood producer working in the 1930s. With the action taking place between Hollywood and New York, the film offers wonderful costumes and a salubrious soundtrack. Although it is set in contemporary Los Angeles, La La Land (opening at UK cinemas on 12th January 2017) is brimming with Golden Age nostalgia. The opening sequence, and indeed others later in the musical, are reminiscent of the best technicolor musicals of the 1950s. Continuing this trend, Warren Beatty’s 1950s Hollywood-set Rules Don’t Apply arrives on UK screens in March 2017.

Disney sitting on top of worldwide box office grosses is not a surprise considering the properties the company owns (Marvel, Pixar, LucasFilm). In 2015, Star Wars: The Force Awakens was crowned box office champ, pulling in almost $400 million more than nearest competitor Jurassic World. Nevertheless, this year Disney have completely dominated worldwide box office grosses, with four films (Captain America: Civil War, Finding Dory, Zootropolis, and The Jungle Book) each grossing more than any other studio’s production. And this is while Rogue One: A Star Wars Story currently rides high at the box office across the world.

It may not be immediately obvious when looking back at 2016 films, but Michael Shannon has appeared in a plethora of films this year. The actor has no fewer than ten credits for 2016. These range from leading roles in films such as Midnight Special and Frank & Lola, to a supporting role in Loving (released in UK cinemas on 3rd February 2017), and even in a brief flashback in Batman V Superman: Dawn of Justice. Shannon delivered a scene-stealing performance in Tom Ford’s Nocturnal Animals, released in November. Expect to see more of Shannon next year, with Wener Herzog’s Salt and Fire, among others.

There were plenty of Summer blockbusters in 2016 (as has been the case for years), but this year’s tentpoles seemed to lack something. July’s The Legend of Tarzan may have delivered somewhat decent worldwide box office grosses, but reviews were less than sparkling. Ghostbusters‘ domestic gross did not get near its reported production budget, and Independence Day: Resurgence received poor reviews. Meanwhile, Star Trek Beyond, Jason Bourne, and Suicide Squad failed to make the impacted expected at the box office. At the tale-end of the Summer, sword and sandals epic Ben-Hur flopped at the box office. If 2016 is anything to go by, 2017’s Summer blockbusters will need to beat family animation and Spring superhero films to take the crown.