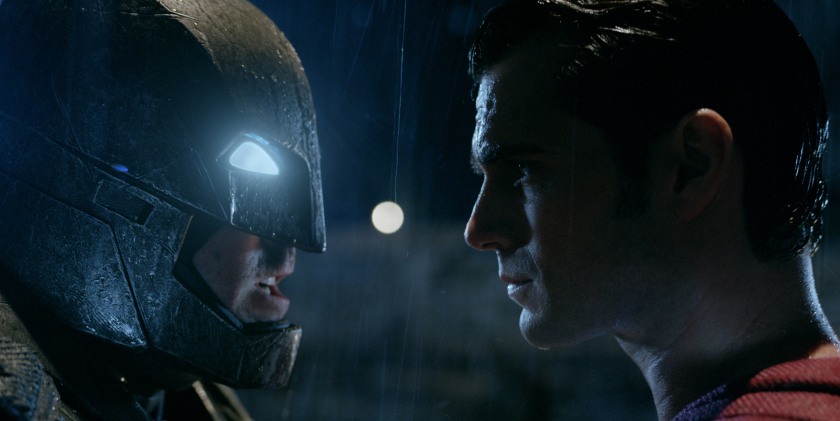 Zack Snyder’s Batman V Superman: Dawn of Justice has the look and feel of an epic blockbuster, even if the reality does not quite match the expectation.

Following the devastation in Metropolis a year and a half ago, Bruce Wayne is angered that Superman’s power is going unchecked. As Clark Kent and Wayne clash, Lex Luthor puts his plans into motion…

Batman V Superman: Dawn of Justice is a film many comic book fans would have been waiting for. And yet it isn’t; Man of Steel will never welcome the adoration of 1978’s Superman and there is yet another Batman following the success of the Christopher Nolan trilogy. With expectations readjusted, then, director Zack Snyder’s film is a different beast than the superhero movie to end all superhero movies.

Snyder builds momentum to big moments in the film at a leisurely pace. There are short sequences in Batman V Superman that could easily have been cut – the training sequence serves little purpose, for example. The building of tension is successful to a certain extent, although the film relies on an invested viewer who will wait for the pay off. At times it feels as if Snyder does not have a tight grip on the narrative. Part of the problem is that this film is not a stand-alone picture; it is used to set up the DC franchise of superhero films. This is evident in sequences throughout the film, as if the picture is laying the groundwork for something more.

When the action does arrive, it is well executed for the most part. The use of CGI, although well executed, is too prominent. Nevertheless, action sequences do generate excitement. With Bruce Wayne overwhelmed with anger and stress and Clark Kent given little to play with, the real highlight of the film is the introduction of Wonder Woman. If her spin-off movie has a decent script, no doubt it will be excellent. Visuals in Batman V Superman are highly stylised, and the score is one of the best elements of the film. The dialogue is not fantastic, and there is a lack of care given to the plotting. For all its bluster, the film suffers because the narrative does not match the production values.

Ben Affleck makes a decent Batman, ably assisted by Jeremy Irons’ Alfred. Amy Adams reprises her role as Lois Lane with gusto, but Henry Cavill is given little meat in the script. Jesse Eisenberg’s Lex Luthor will not be to everyone’s tastes, but his depiction is more palatable than Kevin Spacey’s in Superman Returns. Gal Gadot is well cast as Wonder Woman.

Batman V Superman: Dawn of Justice is not a classic superhero movie, but it does have redeeming qualities. DC fans should enjoy the more serious tone of the film, even if it is not exactly what they were hoping for.