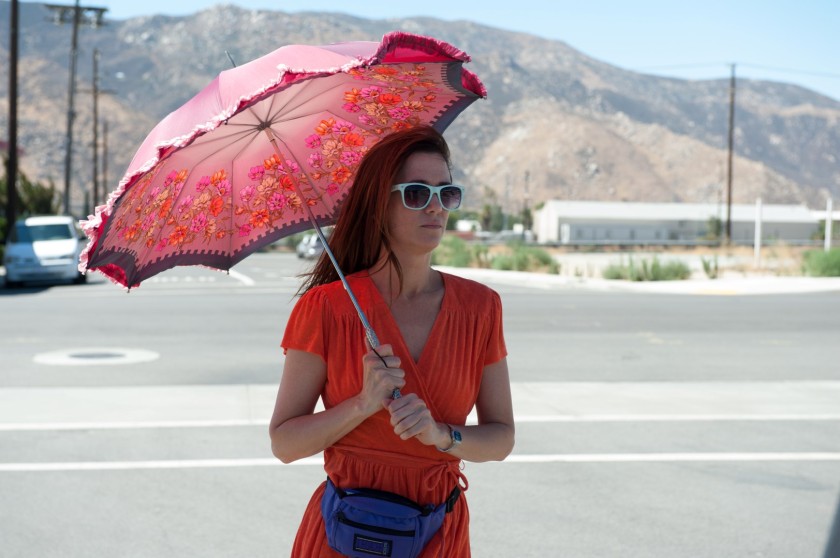 Director Shira Piven’s Welcome To Me is an amusing comedy drama. The film has an air of authenticity, in spite of some outlandish action.

Alice Klieg suffers with borderline personality disorder, but she has her routine of watching tapes of Oprah Winfrey’s shows. When Alice wins millions on the lottery, she decides that she wants her own show. The subject of the show? Alice herself…

Welcome To Me is an original comedy drama that highlights the performance of its protagonist. Writer Eliot Laurence has crafted an unusual story that engages throughout. The film balances humour with more serious aspects in a natural way.

With a protagonist who has borderline personality disorder, there could be a danger that this could be poorly portrayed. Thankfully, Laurence eschews this, shining light on the illness in a thoughtful way. Director Piven does not shy away from depicting both the difficult and the more amusing sides to the disorder. Welcome To Me tackles its subject matter in an authentic and non-patronising way.

There is a lot to laugh at in the film, not least the central premise. In the middle third, there  are many segments from Alice’s talkshow. Most of these work well to generate laughs. There is a level of absurdity to the film that is very welcome. Welcome To Me is adept at switching from outlandishly funny moments to poignant ones in an instant. The film never forgets there is an illness at its centre, yet there is no melancholic air to this.

Protagonist Alice is a three-dimensional character. Kristen Wiig gives a wonderful performance in this role. She is very believable as Alice in her darker moments, yet also generates laughs very effectively. Wiig is ably supported by decent performances from Wes Bentley, Joan Cusack, and James Marsden.

Welcome To Me is an original film that should engage viewers. An enjoyable watch.

Welcome To Me is out in UK cinemas and available on Sky Store on 25th March 2016. 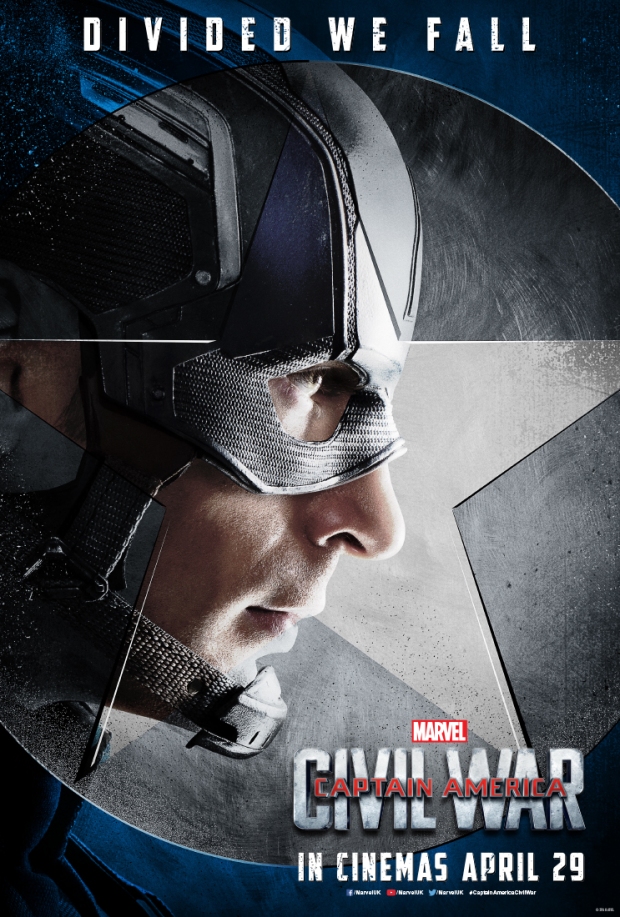 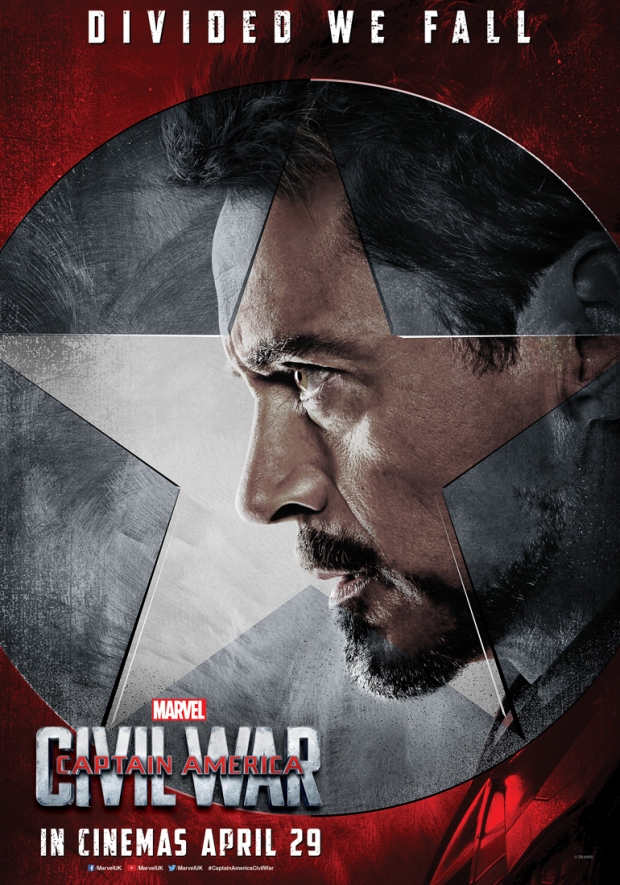 Welcome To Me Trailer

Welcome To Me is about a lottery winner who decides to spend her winnings on creating her own talkshow. Kristen Wiig stars at the winner inspired by Oprah Winfrey, and the film also stars James Marsden, Wes Bentley and Joan Cusack. Welcome To Me will be released in cinemas and on Sky Store on 25th March 2016. 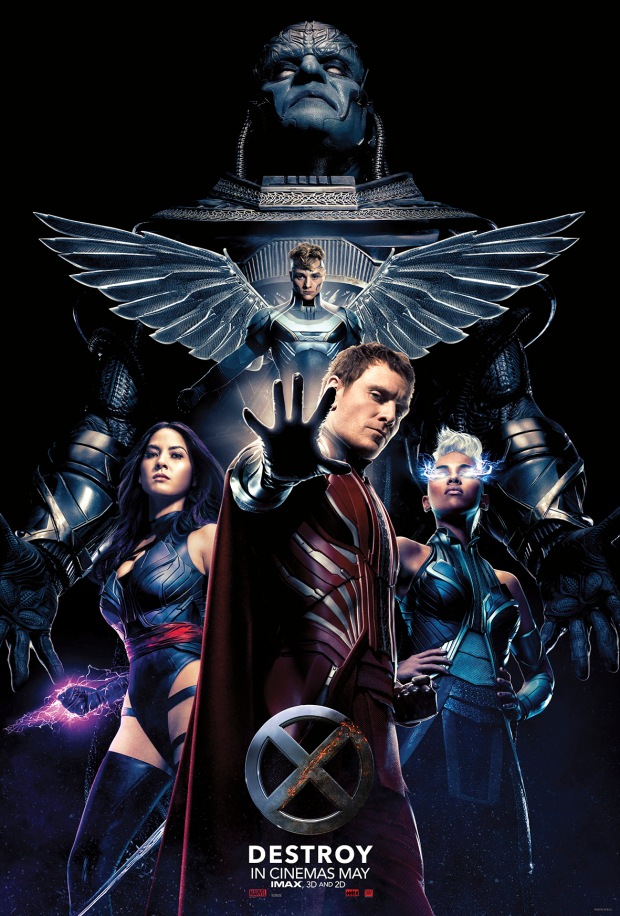 Michael Fassbender’s Magneto leads the four horsemen of the apocalypse in this new poster for X-Men: Apocalypse. The film sees the return of familiar characters from previous instalment as well as new additions played by Oscar Isaac, Sophie Turner and others. X-Men: Apocalypse blasts onto UK screens on 18th May 2016. 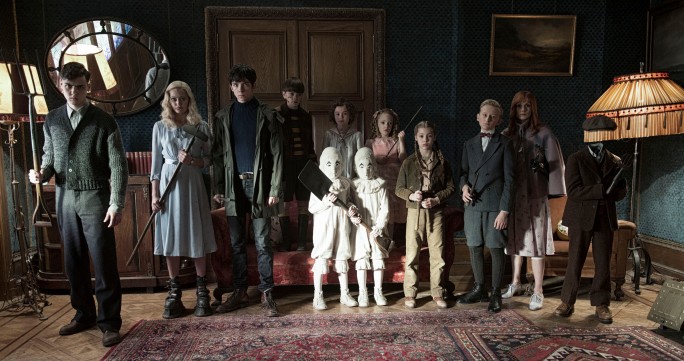 Demolition is about a successful investment banker who struggles to cope after the tragic death of his wife. The film stars Jake Gyllenhaal, Naomi Watts and Chris Cooper. Directed by Dallas Buyers Club helmer Jean-Marc Valleé, Demolition hits UK cinemas on 29th April 2016. 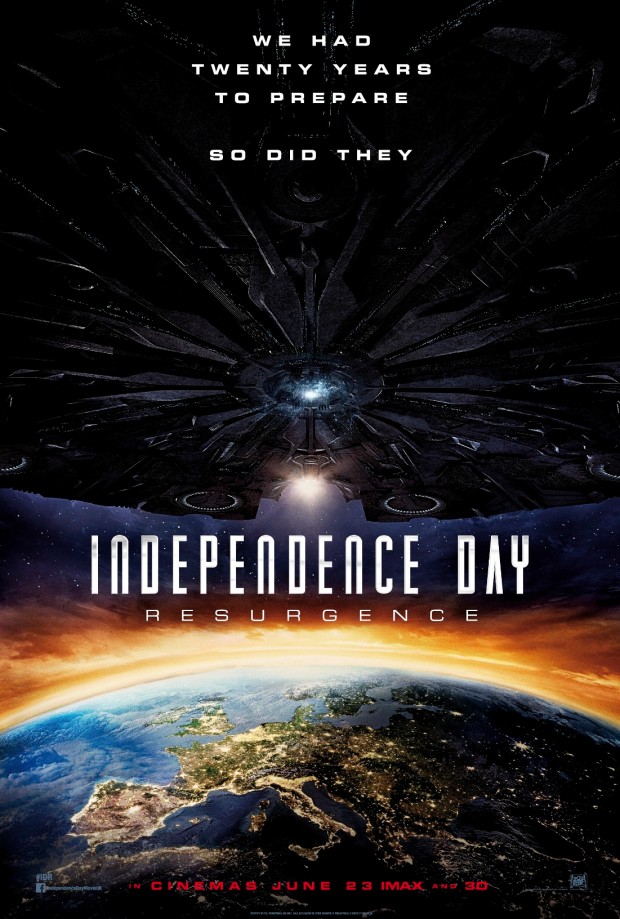 Robot & Frank is a simply charming film. With great writing, directing and performances, Jake Schreier’s film is a real treat.

In the near future, Hunter is concerned about the health and well being of his father Frank, who suffers with memory lapses. Hunter gets Frank a robot to help him around the house. Retired jewel thief Frank is reluctant to have the robot around the house, until he discovers another use for his new companion…

The main reason that Robot & Frank is such an enjoyable watch is because the film is perfectly pitched. Schreier provides the right mix of  humour, reflection and fun. The film never becomes overly schmaltzy, too maudlin or descends into ridiculous caper. Screenwriter Christopher D. Ford has produced a story that hits the right note. The premise is simple yet very effective, with engaging themes.

Robot & Frank develops a good premise into a narrative that captures the viewer’s attention. Characters in the film are believable, and relationships are quite natural. The interaction between Frank and Robot are the real highlight nevertheless. Despite a leap in technology, it is very easy to see how this relationship would be fruitful to Frank. Their scenes together are well written and strike the right balance between being pensive and amusing.

Like many great science fiction films, Robot & Frank is not really about the technology. It may, however, have viewers wishing they had a robot of their own. Highly recommended viewing.

Robot & Frank is being screened at the London Film Festival in October 2012.

Forty years after the original, Rod Lurie’s remake of Straw Dogs is a competent thriller. The film should satisfy most audiences sufficiently, although fans of the original may not be as impressed.

LA screenwriter David Sumner and his actress wife Amy move to her home town in the deep South so he can concentrate on writing his next movie. Hiring some of Amy’s old friends to renovate the house, David immediately sticks out as an outsider in the closed community. As tension grows between David and his employees, his relationship with Amy is also impacted…

Straw Dogs stands up rather well as an independent film. Compared to Sam Peckinpah’s original, it is unsurprisingly inferior. Nonetheless, there are some positive aspects of the remake. For one, the decision to set the film in small town Mississippi is a sound choice. The setting has the same tropes as the small English town of the 1971 film: a closed community, suspicious of outsiders, who look after their own. The setting may make the film more relatable to global audiences, and certainly to American ones.

Some of the changes made to the characters and their role in proceedings are completely plausible, while others work less successfully. Amy in Lurie’s film is more of an equal to her husband. This is understandable given the social shifts of the last forty years. Nevertheless, it is rather problematic with regards to the incidents that occur. While Amy wishes her husband to stand up for himself and for her, she seems willing to jump into the fray. Yet after her traumatic attack, it seems less likely that she would stay completely silent on the matter. The sheriff, meanwhile, does not hold the same weight as his counterpart in the 1971 film.

The most interesting and polarising aspect of Peckinpah’s film was the rape scene. Thankfully, Lurie chooses not to reproduce this sequence faithfully. Instead, the scene shifts the focus away from the female and on to her male attacker. This is an incredibly astute move by Lurie. The scene retains the same distress and ambiguity as the original, but not necessarily for exactly the same reason. The film is well executed, providing suitably uncomfortable viewing.

The casting of the two main male characters is excellent. James Marsden as David and Alexander Skarsgård as Charlie successfully juxtaposes these two characters. Their manner and appearance is a stark contrast; a polemic which is explored in the later part of the film. Skarsgård in particular is very convincing, while Kate Bosworth does an adequate job as Amy.

Lurie’s film reproduces some of its predecessor line for line. Other elements are altered for the worse. Thankfully the most significant change in Straw Dogs provides a talking point which is different, but no less controversial.

Hop is a fun and an unabashedly lightweight movie. The film should prove to be enjoyable youngsters and not at all painful for their parents.

Living on Easter Island, EB is reluctant to fulfill his destiny and become the next Easter Bunny, much to the dismay of his father. Similarly, Fred O’Hare in Los Angeles is kicked out by his parents, who are tired of their slacker son’s unwillingness to get a job. When Fred accidentally injures EB, he agrees to take in the talking bunny, little realising how it will change his life…

In its attempts to cultivate an Easter movie, Hop is commendable. The film makes a noble effort to elevate Easter to the same level of cultural mythologising that is afforded to Christmas. This is an acknowledged motivation, with Fred making a reference to Christmas at the very end of the movie.

Hop is refreshing in the fact that it tackles a different holiday; with the plethora of Christmas films, it is nice to see another occasion given a chance. Of course, like the majority of Christmas films, there is no religious aspect to Hop. Instead, it is the more secular aspects that are given credence in the film.

The action is a little slow to get going in Hop. However, once the film picks up the pace, it is an enjoyable ride. The film is not as consistently funny as it could be, however the humour that is present is likely to appeal to children and the young at heart. Hop references a number of other films, including Jurassic Park. The nods to such movies are cute, but not particularly innovative; numerous animated films have employed this tactic.

The animation in Hop is fantastic. It blends seamlessly with the live action, and EB in particular looks remarkably realistic. Although live action and animation have been combined in films several times before, the technology used in Hop makes it the most appropriate progeny of Who Framed Roger Rabbit. Elsewhere, the wonderful imagery of the candy production lines conjures memories of Willy Wonka & the Chocolate Factory.

Voicing EB, Russell Brand brings his usual schtick to Hop. James Marsden plays the lovable slacker well; the actor seems to have a flair for this kind of light comedy. Hank Azaria and Hugh Laurie are well cast voicing their respective characters.

Hop is an entertaining film, perfectly suitable for the Easter break. It may not be outright hilarious, but the film has a certain charm that most will find endearing.

Here is the trailer for Hop, with James Marsden and the voice of Russell Brand. The film is due for release on 1st April 2011.