Looking for something scary to watch? Here is this week’s guide of what to watch on Shudder features Black Sunday, The Canal, and short Consommé…

What to Watch on Shudder: Black Sunday

Black Sunday (also known as The Mask of Satan and Revenge of the Vampire) is a bonafide horror classic. Directed by genre royalty Mario Bava, the 1960 film was originally banned in the UK. The film is about a witch who returns from the grave to threaten her lookalike descendant. Bava is pretty near pitch-perfect with Black Sunday. The setting, the lighting, and editing are all on point. Special effects are great for the era, and Bava does not shy away from gore. The film was the breakthrough for horror queen Barbara Steele, who is enchanting in a dual role. The film has influenced filmmakers for decades, including Francis Ford Coppola and Tim Burton. Black Sunday is a paean to gothic exuberance.

What to Watch on Shudder: The Canal 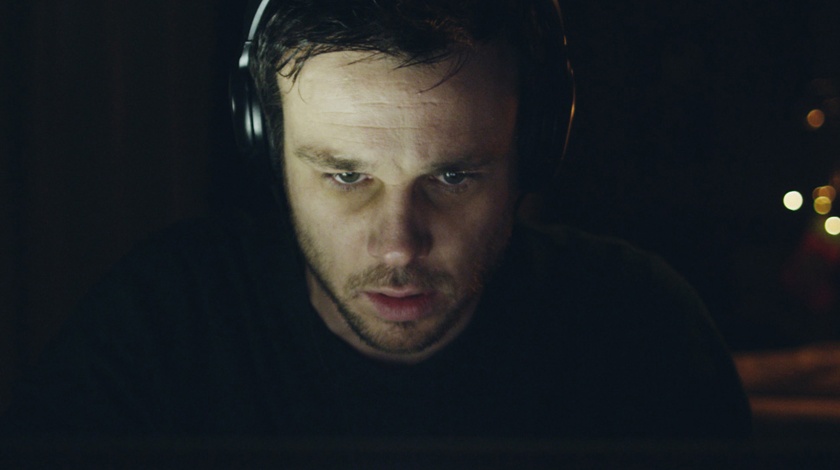 Writer-director Ivan Kavangh’s 2014 film The Canal is a nerve-racking and engaging watch. The film is about an archivist whose life starts to fall apart after viewing old footage of a murder that occurred over a century ago. Kavangh astutely combines supernatural elements with a psychological horror. There is a mystery at the centre of the film, and the director keeps viewers guessing as protagonist David slowly breaks down. The 16mm footage is used exceptionally well. The Canal ramps up tension in the second half, delivering sufficient scares. Unlike so many recent horror films, the conclusion is not a disappointment. After a gentle start, The Canal delivers a frightening and memorable climax.

What to Watch on Shudder: Consommé

Writer-director Catherine Fordham’s short Consommé is an inventive twist on the rape-revenge sub-genre. The 2015 film does not shy away from gore, yet the build up is subtle and well-paced. Actress Monica West (who also stars in Fordham’s Best Thing You’ll Ever Do) is striking in the central role. Consommé is a rewarding five-minute watch.

Kong: Skull Island is tremendous fun. Despite some poor dialogue, the film is a great addition to the monster movie genre.

In 1971, a team of explorers want to take an expedition to a hitherto uncharted island in the Pacific Ocean. The scientists are joined by a unit of soldiers fresh from action in Vietnam. Known as Skull Island, the group have no idea what is in store…

Kong: Skull Island is essentially monster movie meets Apocalypse Now; there are even some distinct references to 1979 film. The film combines aspects of the war genre, with those of the monster movie. The result is a very entertaining spectacle. Set at the end of the Vietnam War, the spectre of the conflict casts a strong shadow. In addition to visual elements, director Jordan Vogt-Roberts’ film draws strong parallels with the Coppola classic. The film takes cues from Apocalypse Now, particularly with hostile environment and effect that this has on some of the characters.

Kong: Skull Island distinguishes itself from previous King Kong films in two ways. Firstly, the film has the aforementioned conventions of a war movie. Secondly, the title character doesn’t hold quite the same role as in previous incarnation. Whilst always a tragic monster, this version does something different with the beast.

The first quarter of the film sets up what is to follow, in terms of setting up the expedition and bringing together the characters. With several characters taking a role on the trip, it is unsurprising that these characters are quickly established using archetypes. The dialogue is sometimes lacking, but this does not draw away from overall enjoyment. The main focus is on action and spectacle, and here the film delivers. There are some great set pieces, and little let up on the tension in the final third. Visual effects are great, and 3D is used well to add to the spectacle. Samuel L. Jackson and John Goodman are reliably solid. Tom Hiddleston does not quite fit the bill of his character, whilst John C. Reilly injects some much needed levity.

Adapted from a graphic novel, Priest is a mildly entertaining action flick. Nevertheless, the film suffers from the same pitfalls as many of its contemporaries.

In a world where humans faced a constant battle against vampires, a band of priests were charged with protecting the population against the undead. Having defeated their nemesis, the group are disbanded. When a group of vampires attack Priest’s family and kidnap his niece, he disobeys the Church and goes in search of young Lucy…

Priest offers very little to differentiate it from numerous films in the same vein. Moreover, the flaws are all too familiar. There is a lack of character development; it is difficult to respond to the one-dimensional protagonist, and even more so to the villain with no depth or motivation. The dialogue is awful at times, which does not help to generate the necessary tension. The little attempts to add a modicum of humour fall entirely flat.

Scott Charles Stewart’s film is an amalgamation of various genres. Priest points to Gothic horror with its vampires and religious overtones, although it is not at all frightening. The dystopian vision of the future is pure science fiction, while the narrative and even the landscape are suggestive of a Western. Despite the presence of the supernatural, the plot of Priest is incredibly similar to John Ford’s The Searchers.

Perhaps the best part of the movie is the animated sequence at the beginning. Giving a brief history of the battle between human and vampire, the segment has a delightfully rustic quality in its style. It is reminiscent of a similar sequence at the beginning of Coppola’s Bram Stoker’s Dracula. References to numerous other films are also palpable. The city scenes are unmistakably influenced by Blade Runner, while the isolated and uninhabited landscape is evocative of more recent fare such as The Book of Eli and The Road.

The highly stylised look of Priest gives the film an artificiality that is presumably the desired affect. Some of the underground sequences are so dark it is difficult to decipher what is happening. Special effects are fine, but unremarkable. The use of 3D seems wasteful; it adds nothing to the film.

Paul Bettany’s Priest is more Blade than Dracula‘s Van Helsing. A near-silent type, the character is more concerned with action than emotion. Cam Gigandet has suffered in some dud roles recently, but his delivery here is especially pained. Lily Collins has little to do as damsel-in-distress Lucy.

Priest‘s main failure is the feeling of déjà vu it generates. From the plot to the look to the flaws, it is all too familiar. The suggestion of a sequel at the end of the film is lamentable.