Doug Liman’s American Made is an entertaining thriller which engages thanks to a charismatic performance from Tom Cruise, as well as an appealing style of storytelling.

The talents of Barry Seal, a domestic airline pilot, are recognised by a CIA agent, who wants Barry to use his skills to obtain information of the US’s adversaries in Central America. Barry uses this opportunity to simultaneously become a drug runner…

Doug Liman teams up with Tom Cruise once again (after Edge of Tomorrow) for American Made. The film is a biopic of pilot Barry Seal, focussing on the period when he begins working for the CIA. Although based on a true story, the film does not quite follow events precisely. Nevertheless, the timeline works to depict his life working for both the CIA and a notorious drug cartel.

The film begins with some archive news footage, immediately positioning the background for events. This is returned to later in the film for viewers to see how Seal’s story ties in to wider historical events. American Made is at once a character-driven piece and a commentary on US international politics in the late 1970s and 1980s. Director Liman and writer Gary Spinelli offer a pretty damning account of the higher echelons of US Government at this time. They even throw in a couple of name drops and brief appearances, ensuring that no one gets off unscathed.

The political climate made clear, the focus on the film is depicted in an engaging way. Barry is amoral, yet Liman gives viewers a protagonist they can root for. American Made is not a morality play; the protagonist has little guilt for his actions. In a way, the film suggests that he does what most people would do, given the opportunity.

It is refreshing to see Tom Cruise in a role which relies more on character than action, as has been the case of late. Whilst there is still sufficient action in this thriller, it is great to see Cruise as the antihero. Domhnall Gleeson and Sarah Wright are good in supporting roles, but really this is Cruise’s show.

American Made delivers a portrayal of what is perhaps the real American dream. One of the film’s strengths is its acknowledgement of this.

Plenty in this week’s preview of coming attractions, including the latest Dunkirk poster, plus Baby Driver, American Made, and more…

Here is the latest Dunkirk poster. Writer-director Christopher Nolan turns his attention to the war movie, after excelling in a number of other genres. The film stars Tom Hardy, Mark Rylance, Cillian Murphy, and Kenneth Branagh. Dunkirk hits cinema and IMAX screens on 21st July 2017.

This clip sheds light on the central character in Edgar Wright’s upcoming Baby Driver. Starring Ansel Elgort, Jamie Foxx, and Lily James, the film is about a getaway driver who wishes to leave his criminal life behind. Baby Driver is out in UK cinemas on 28th June 2017.

Tom Cruise reunites with Edge of Tomorrow director Doug Liman for American Made. The film is based on the real-life exploits of pilot Barry Seal, who is recruited by the CIA to run a covert operation. Also starring Domhnall Gleeson, Sarah Wright, and Caleb Landry Jones, American Made is due for release on 25th August 2017. 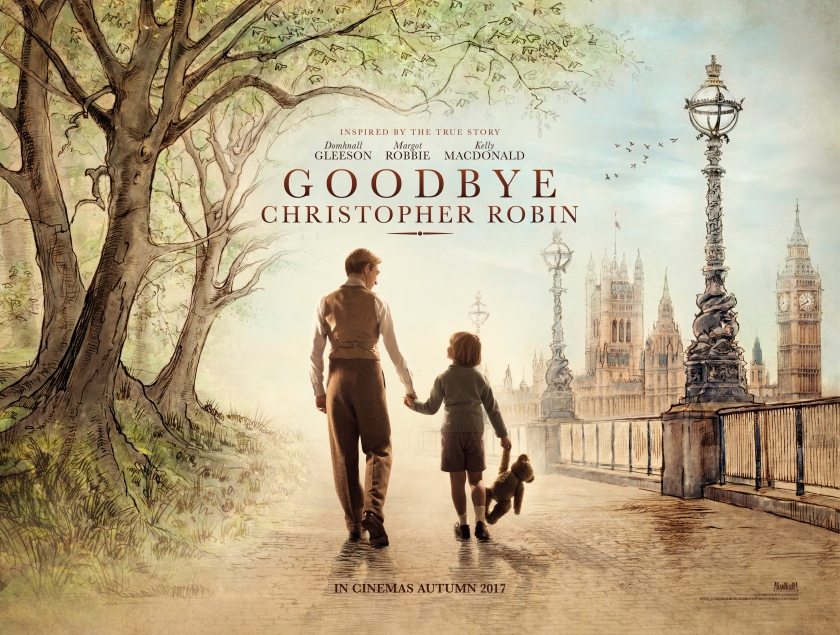 Murder on the Orient Express Trailer

This trailer for Murder on the Orient Express looks sumptuous. The film looks to have one of the most star-studded casts of the year, with Penelope Cruz, Johnny Depp, Michelle Pfeiffer, and Judi Dench among some of the passengers on the fateful train. Director Kenneth Branagh stars as famous detective Hercule Poirot; comparisons to David Suchet will be inevitable. Based on one of Agatha Christie’s most famous novels, Murder on the Orient Express is set for release on 3rd November 2017.

A solider ends up out of his comfort zone, having to fight in a war against aliens. When he gets caught in a time loop, he seems destined to relive the same day over and over again…

With its premise, Edge of Tomorrow is reminiscent of Groundhog Day and Source Code. Nevertheless, it exudes an energy which is fresh and engaging. The opening sequence succinctly introduces the world in which the film takes place. Edge of Tomorrow is a better film for keeping the focus on the action and immediate consequences, even though the wider effect is in the background.

Doug Liman’s film delivers with its breed of fast-paced action. Sequences are finely executed, with action taking centre stage. Science fiction elements are present in the effects and overall narrative. Edge of Tomorrow does not rely heavily on explanation for the events and the predicament the characters are in, choosing to eschew this for a reliance on the mission in hand. This functions successfully to situate Edge of Tomorrow as an out and out action film. The only real downside is the lack of coherence of the very end of the film.

There is a surprising amount of humour in Edge of Tomorrow, with Liman playing of the time loop for laughs. This sense of comedy makes the film much more enjoyable. Special effects in the film are good, and the score works well to add drama.

Tom Cruise is on good form as Cage. It is the kind of role Cruise is experience in, and he does a good job here. Emily Blunt is also decent as Rita; working within a genre where she is steadily building form.

Edge of Tomorrow works well because it knows exactly what it wants to be, and executes this perfectly.

2008’s Jumper gets a 3D Blu-Ray this month. Whilst not an awful film, it is difficult to see what warranted this release.

As a teenager, David Rice discovers that he has the ability to teleport when he is placed in a precarious situation. Years later he uses his ability to create an impressive lifestyle, but he is not as safe as he thinks…

Doug Liman’s Jumper offers an entertaining enough premise. The film begins well, and creates some momentum. This is squandered by a lacklustre ending however. The film’s conclusion feels anticlimactic. There is a distinct sense that things have been left open for a sequel.

Based on Steven Gould’s story, Jumper does not attempt to explain the phenomenon of teleporting. It is quite refreshing that the film dives into the action without labouring a convoluted explanation. On the flipside however, the film does not give a satisfying reason for the antagonists. Without a reason to hunt the teleporters, these characters appear rather aimless.

Dialogue in Jumper can be a bit cheesy. The characters fulfil various achetypes. There is not enough depth to the main characters to fully engage viewers. The romantic strand could have been better developed. The relationship between David and Millie seems to function only as motivation for impeding danger, instead of an interesting relationship in its own right.

Special effects in Jumper are decent. The 3D conversion, however, is sadly lacking. It is subtle in terms of depth. The film looks too bright, and this gives the effect of a cheap television production rather than a glossy Hollywood movie.

Performances in the film are adequate enough. Hayden Christensen fails to shine in the lead role. Jamie Bell is better, whilst Rachel Bilson is cute but limited with her one-dimensional character.

Jumper is not a particularly memorable sci-fi film. Neither painful nor rewarding viewing.

Fair Game may well be one of those incidences where the real life story is actually more interesting than the film depiction. The bustling start fizzles, giving way to more sluggish proceedings for the rest of the film.

Valerie Plame is an undercover CIA agent living with her former ambassador husband Joe Wilson and their young twins. Joe is asked to go to Niger to investigate a possible of a uranium deal with Saddam Hussein. Joe reports back that the sale did not occur, but George W. Bush’s administration uses it as justification to go to war with Iraq. When Joe speaks out publicly, Valerie’s identity is leaked…

The problem with a cinematic adaptation of recent historical events is that most of the audience will remember how the real events played out. This can work as an appeal of the film; people who were intrigued by events may want to see a dramatisation. Nevertheless, when such incidents have been widely reported, others may have little interest in a story they already are very familiar with.

Fair Game combines feature-film drama with real news footage from the time. This interspersing of the fictional and the factual goes some way to grounding the drama in reality. Writers Jez and John-Henry Butterworth (basing their screenplay on books by Joe Wilson and Valerie Plame) amalgamate the political with the personal. Rather than just a chain of events, Fair Game illuminates the impact of the revelation on Plame, and how this affects the relationship she has with her family. In trying to provide this very personal angle to the story, filmmakers are only partially successful. The strain the events have on Plame and Wilson is clear, however these scenes are not particularly gripping.

Perhaps most interesting in Fair Game is the subplot featuring Plame’s on-going cases. The film insinuates that many are placed in danger by Plame’s sudden removal from duties. As Fair Game concentrates on Plame and Wilson however, these cases are pushed by the wayside. It is a shame, as these strands offered the most intrigue and tension.

Naomi Watts offers a competent performance as Valerie Plame. Sean Penn is also capable, although the role of the impassioned, righteous individual is very typical of his choice of role.

Ultimately it is Doug Liman’s lackadaisical direction that lets Fair Game down. The film should have offered more tension and more momentum. In this case, the interesting story has not translated into an interesting film.