As the decade reaches its close, I take a look back at some of my favourite film trends and cinematic highlights from the last ten years…

The New Breed of Unmissable Directors

This decade has seen the emergence of a new breed of directors delivering must-see films. Leading the pack in Hollywood are Damien Chazelle and Barry Jenkins. Chazelle has delivered one of the decade’s best pictures with Whiplash, and two other fantastic films (La La Land and First Man). Meanwhile Jenkins gifted us two beautiful, nuanced pictures with Moonlight and If Beale Street Could Talk. Jennifer Kent has also created two different but powerful movies (The Babadook and The Nightingale), making her mark.

It really has been a decade of remakes, reboots, and belated sequels. Whilst many of these have been passable or forgettable, a couple of late franchise instalments have really stood out. George Miller bucked the trend to deliver one of the best films of this decade with Mad Max: Fury Road. The exhilarating fourth chapter in the franchise was breathtaking. Director Christopher McQuarrie re-teamed with Tom Cruise for the sixth Mission: Impossible film, and produced the best of the franchise and one of the best action films of the decade with Mission: Impossible – Fallout. Elsewhere director Steven Quale revived the tired Final Destination franchise with the very entertaining final chapter Final Destination 5.

This decade has seen a notable uptick in the careers of certain veteran actors. After a fairly quiet previous ten years, Laura Dern’s resurgence has been most rewarding to watch. This decade has seen the actress in an array of film roles including The Master, Certain Women, Marriage Story, and the upcoming Little Women. She has also been memorable on television in Twin Peaks and Big Little Lies. Michael Keaton has also had a belter of a decade, after a fairly unremarkable 2000s. He had major roles in Spotlight, The Founder, and Spider-Man: Homecoming (living long enough to become the villain), and was nominated for an Oscar for his brilliant turn in Birdman. Regina King has always delivered solid performances since her debut in Boyz n the Hood. It is only in the last few years that she has finally received the praise and calibre of roles she deserves, winning an Oscar for her role in If Beale Street Could Talk and playing the lead in the critically acclaimed show Watchmen.

In a bleak decade politically, Paddington Bear has been the hero we needed. Paul King’s Paddington and Paddington 2 have been a salve against the cruelties of this decade. A lead who is decent and kind (not to mention incredibly cute) has cut through the cynicism of the current world. The films were very entertaining, and a wonderful escape from current affairs. Paddington 2 in particular was very memorable and enchanting, with Hugh Grant on top form.

If the decade had to belong to a single director, in terms of both critical acclaim and box office receipts, then that filmmaker would be Christopher Nolan. No one has been able to create original tentpole blockbusters in the way he has this decade. Nolan began the decade on top form with the action-thriller Inception, one of the biggest films of the year. He followed this with the final chapter of the Dark Knight trilogy, The Dark Knight Rises. The film is just about the most hopeful blockbuster of the decade, reaching a peak of exhilaration that is difficult to match. Interstellar and the truly superb Dunkirk exhibited Nolan’s comfort in a range of genres. With the upcoming Tenet, Christopher Nolan’s films are always hotly anticipated.

Director Park Chan-wook and cinematographer Chung Chung-hoon collaboration began in the 2000s, working on three films together (Oldboy, Lady Vengeance, and Thirst). The fact that their partnership continued into this decade is a benefit to us all. With Stoker and The Handmaiden, Park and Chung delivered two of the decade’s handsomest pictures. The photography, the mise en scène, and the style are truly beautiful.

After composing pieces for films earlier in his career (including for David Lynch’s Lost Highway), the 2010s was when Trent Reznor’s career as a composer really took off. His collaborations with Atticus Ross have been a highlight of cinema this decade. Highlights include the partnership with David Fincher (which netted Reznor an Oscar for The Social Network), as well as Mid90s and the recent Waves. Reznor and Ross also created the superlative score for the show Watchmen.

This decade has seen some brilliant directorial debuts from well-known actors. These actors have proven their talents extend to behind the camera Highlights from this trend include Greta Gerwig’s wonderful Ladybird (Gerwig co-directed Nights and Weekends, but Ladybird was her first solo effort), and Jordan Peele’s fantastic Get Out. Other notable debuts include Chris Morris’ Four Lions, Olivia Wilde’s Booksmart, Joel Edgerton’s The Gift, Bradley Cooper’s A Star is Born, and Brie Larson’s Unicorn Store.

A plethora of forthcoming cinematic attractions, including the Oldboy trailer for the 4k re-release, Knives Out, Spies in Disguise and more…

Here is the new Oldboy trailer. Director Park Chan-wook‘s classic gets a 4k restoration for its upcoming re-release. For those who haven’t seen the 2003 film, it is about an imprisoned businessman who seeks revenge. Oldboy will be released in selected cinemas on 2nd August 2019.

Here is the trailer for Rian Johnson’s upcoming Knives Out. The murder mystery takes place after a crime novelist is murdered at his estate. The film features an enviable cast that includes Daniel Craig, Jamie Lee Curtis, Chris Evans, and Lakeith Stansfield. Knives Out will hit UK screens soon.

The Art of Dancing in the Rain Poster

Spies in Disguise is an adventure comedy about a suave spy who must team up with an awkward scientist. The film features the voices of Will Smith, Tom Holland, Ben Mendelsohn, and Karen Gillan. Spies in Disguise will be coming to UK cinemas soon.

Chan-wook Park’s The Handmaiden is exactly the style and quality of film one would expect from the filmmaker. It is thoroughly entertaining and a visual feast.

Sook-Hee is to pose as a handmaiden for the wealthy heiress Lady Hideko, and gain her trust. Count Fujiwara wishes to get his hands on Lady Hideko’s fortune, with Sook-Hee’s help. So begins a game of intrigue…

There is so much to like about The Handmaiden, that it is difficult to know where to begin. The film is based on the Sarah Waters’ novel, Fingersmith. The narrative is set up in parts, and each of these are engaging. The plot of the film twists then twists again. There are plenty of clues, which become more apparent as the film progresses. The narrative is well paced, and executed finely. Park plays up element of mystery, keeping viewers gripped.

Characters in The Handmaiden are depicted with colour and authenticity. Park reveals more about the three main characters as the film progresses, but not too much. This is in keeping with the sense of mystery that runs throughout. When a reveal does take place, there is enough that it is suitably convincing. Yet there is also a level of suspicion. These are rewarded in roughly equal measure.

Park’s direction is excellent as ever, as is Chung-hoon Chung’s cinematography. The composition of shots, and movement of camera is most satisfying. Like Stoker, costumes and art direction are luscious. Kim Tae-ri and and Min-hee Kim deliver good performances; their chemistry is enjoyable to watch. With The Handmaiden, Park offers engorged, bewitching cinema.

The Handmaiden is being screened at the BFI London Film Festival in October 2016. 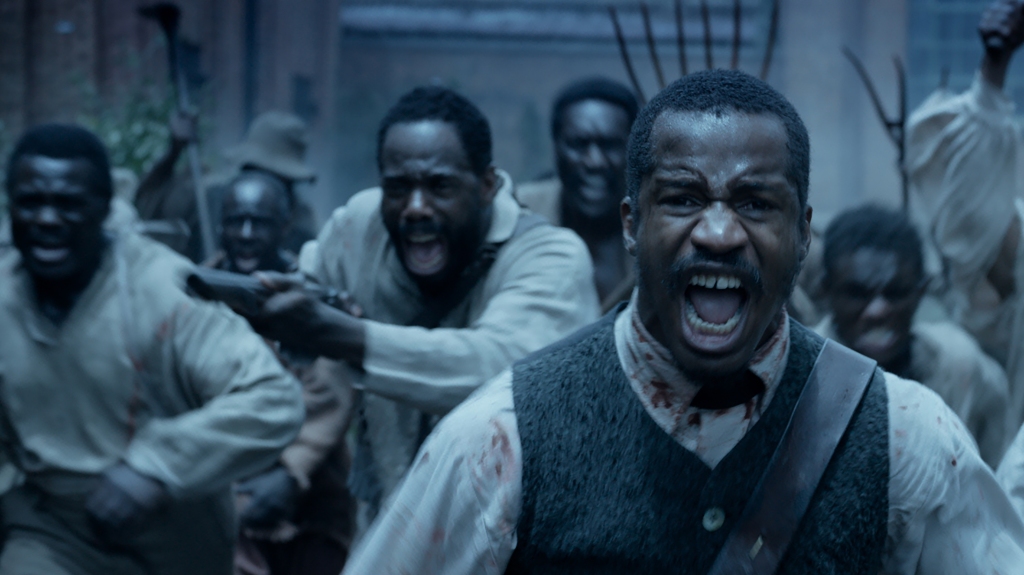 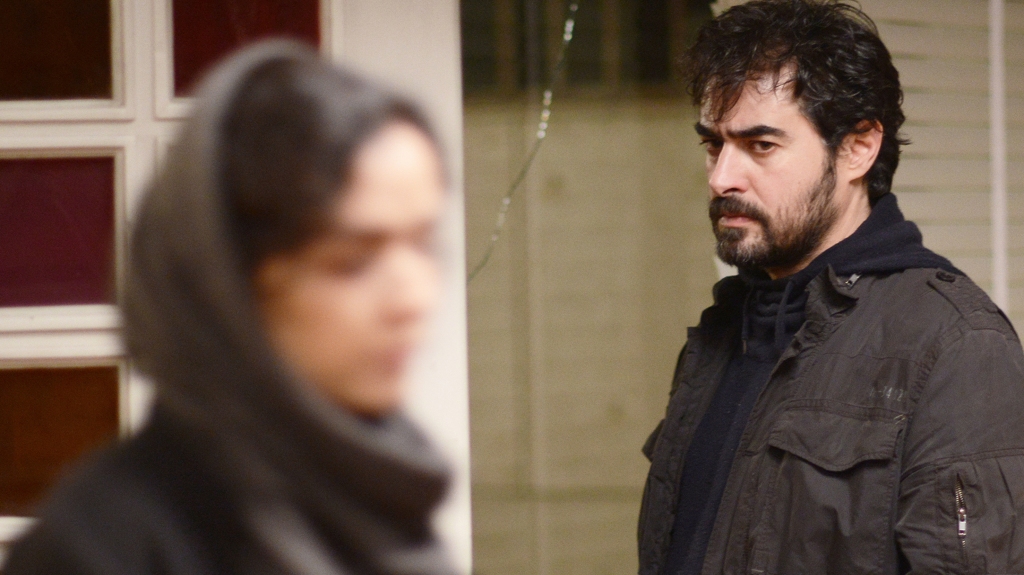 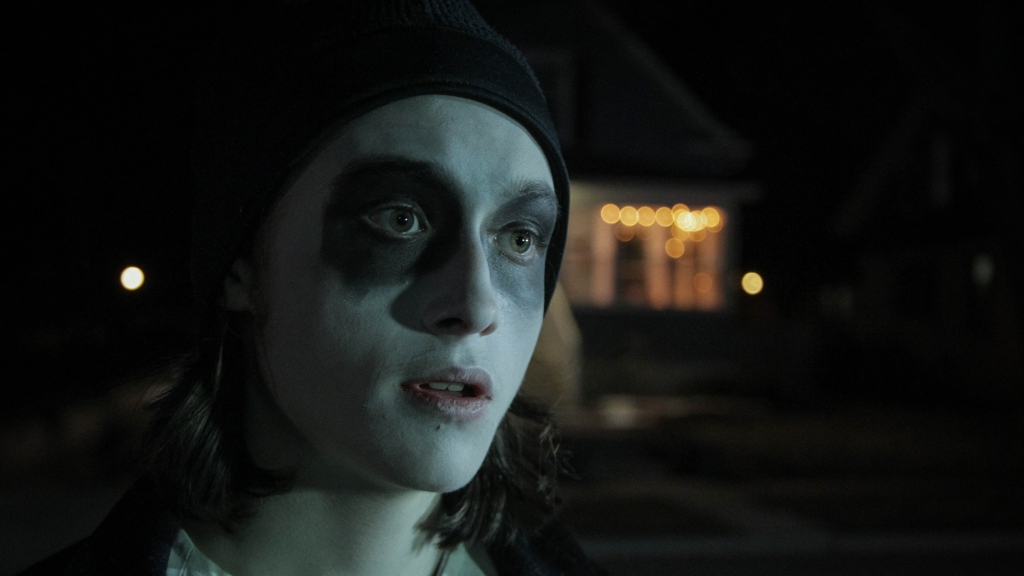 Stoker will surely be one of the year’s most memorable films. Director Chan-wook Park and screenwriter Wentworth Miller have created something truly special.

Following the death of India Stoker’s father, her Uncle Charlie comes to stay with India and her mother. India never even knew she had an uncle, and is suspicious of her new family member. As her mother becomes more taken with their new arrival, India’s interest grows…

Stoker is enthralling for its entire duration. The opening title sequence sets a bar that the remainder of the film reaches. Park’s film is aesthetically sumptuous, but also rich in terms of narrative. It is one of those rare examples of both style and substance being on point.

With a title such as Stoker, it is understandable that viewers may have certain ideas of the film’s themes. Miller’s screenplay excels in keeping the audience guessing. The sense of mystery is potent; for a significant time it is unclear where the film is going. Even at its climax Stoker is never predictable.

Stoker is ripe with Gothic themes. Transgression and duality are recurring motifs. There are some nods to folklore, whilst Hitchcock’s Shadow of a Doubt cannot have been far from Miller’s mind. Stoker has a unnerving atmosphere that permeates the entire film. It is hard to escape this, even in the heavily-populated familiar settings.

Chan-wook Park direction is stunning. Stoker has a look of restrained engorgement. The film is laden with symbolism and distinctive imagery, yet this never feels forced or over pronounced. The camera work is beautiful and there is a breath-taking dissolve that highlights Park’s flair for the visual. Performances are excellent in Stoker, particular from lead Mia Wasikowska. Matthew Goode really seems to inhabit the character of Charlie, while Nicole Kidman is utterly believable as India’s mother.

Stoker is most highly recommended. An immaculate slice of cinema.