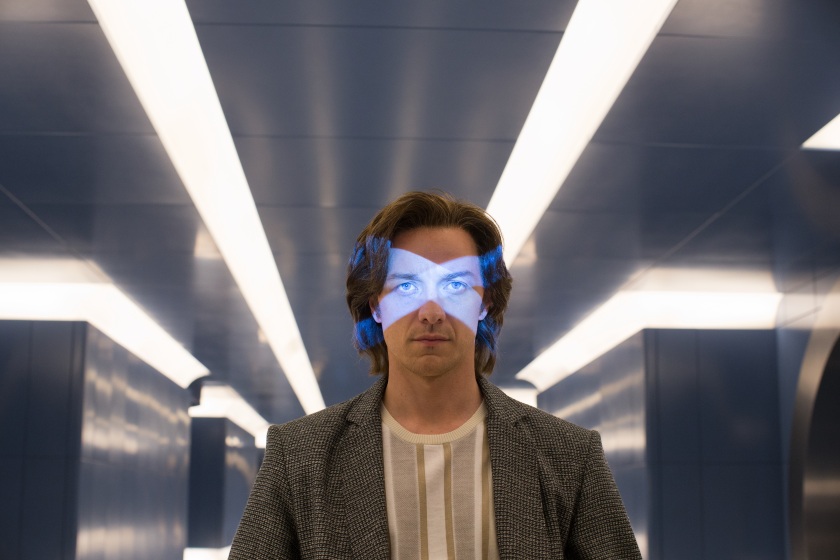 X-Men: Apocalypse is a decent conclusion to the superhero sequel trilogy. Bryan Singer’s film is a little overlong, but entertains nevertheless.

In the 1980s, Professor Xavier’s school has more students, and there is a relative peace after the mutant activity in the 1960s. When an ancient mutant is resurrected, the X-Men must reform to defeat this new threat…

After the success of X-Men: First Class and X-Men: Days of Future Past, there was a fear that X-Men: Apocalypse may go the same way as the previous trilogy’s third film (X-Men: The Last Stand). Thankfully, director, producer and co-writer Bryan Singer eschews this, delivering an entertaining superhero blockbuster that neatly completes the series.

X-Men: Apocalypse focuses on the emergence of the first mutant, and the impact this has on Charles Xavier’s band of X-Men. The film has a tricky job to do; the narrative must focus on fighting this threat whilst also plugging the gaps to lead the film on to the original trilogy. For the most part, X-Men: Apocalypse does a decent job. The protagonists are given a colossal antagonist, and the film introduces characters that have dominant roles in the original franchise. Nonetheless, a sharper pace would have been welcome. At almost two and a half hours, there are minor cuts that could have been made to help the film continue its momentum.

X-Men: Apocalypse sees well-known characters from the franchise in a 1980s world. There are lots of pop culture reference, and the soundtrack is great in setting the scene. A sequence involving Quicksilver is a particular highlight. The introduction of relationships in the younger selves of famous characters is well executed, and more of a draw than the antagonist. Apocalypse himself functions as a reason for the X-Men to become re-engaged; there is not much to their deadly nemesis in terms of rationale.

James McAvoy, Michael Fassbender and Jennifer Lawrence reprise their roles well. Evan Peters is a joy to watch as Quicksilver, whilst Sophie Turner is decent as a young Jean Grey. Special effects are abundant, but convincing overall. Certain sequences lend themselves to the 3D format.

X-Men: Apocalypse is not a superhero classic, but wraps up the series of prequels effectively. The film is enjoyable, if not innovative.

With Bryan Singer back at the helm of the X-Men franchise, X-Men: Days of Future Past is a thoroughly entertaining blockbuster.

With a dangerous and depressing future in store for both mutants and humans, Professor Xavier and the X-Men send Wolverine back to the past in order to prevent a catastrophic event that will shape the future…

X-Men: Days of Future Past is an accomplished superhero movie that works on the strengths of its predecessor X-Men: First Class, as well as the earlier X-Men films. The narrative takes a little while to get going, but the film does engage once it gets going. There are a couple of occasions when the pace slackens, but the film quickly recovers. When it is in full swing, X-Men: Days of Future Past entertains immensely, with a more pensive angle than viewers may expect.

Action sequences in X-Men: Days of Future Past work well. Bryan Singer’s direction is adept here. These scenes are effective because they are used sparingly; the film does not jump from set piece to set piece. Nevertheless, that is not to say that there are not a few fantastically executed sequences.

X-Men: Days of Future Past does rely on character development to embellish its plot. As such, the film does require its audience to have a rudimentary knowledge of the characters. Flipping between the time periods heightens tension and gives a good idea of what exactly is at stake. The screenplay is a highlight, with a number of characters having significant role to play. The humour is welcome.

Special effects in X-Men: Days of Future Past are great. The level of detail is superb. The score is also decent. James McAvoy and Jennifer Lawrence do well reprising their roles, whilst Hugh Jackman embodies his most famous character. Evan Peters offers a good turn also.

Fans of X-Men: First Class will not be disappointed. A finely crafted addition to the franchise.

Jack the Giant Slayer is an entertaining family adventure. Although it does not reinvent the wheel, Bryan Singer’s film does the job of creating an enjoyable viewing experience.

As a young boy, Jack is told about the war between humans and giants, which was won by Erik the Great. As an adult, Jack unwittingly opens a gateway between Earth and the world of the giants…

Based on the well-known fairy tale, Jack the Giant Slayer is a formulaic film. But this does not mean that it isn’t entertaining. Director Bryan Singer does a good job of balancing the elements of adventure; action, quest, peril, consequence, as well as some romance thrown in.

Jack the Giant Slayer follows in the footsteps of the recent Hansel and Gretal: Witch Hunters in making a familiar fairy tale into an action-heavy adventure. Singer’s film works better however, as it clearly knows the audience it is aimed at. The plot and level of action clearly aim to appeal to a family audience.

Jack is a likeable protagonist. He is confident without being arrogant and modest without being wet. It is a shame that the princess is so passive, especially in comparison to Jack. In this sense, the film harks back to old fairy tales. The princess and the pauper theme really emphasises the class aspect. Jack cannot win her hand without rescuing her; he is not worthy on his own merits. Jack the Giant Slayer is quite old fashioned on both these counts.

Production design is solid. The film makes the most of its lush landscapes, and 3D is utilised well. Nicholas Hoult makes a good unassuming hero. Ewan McGregor and Stanley Tucci appear to be having fun in their respective roles.

Jack the Giant Slayer is a fun romp which will satisfy most viewers.