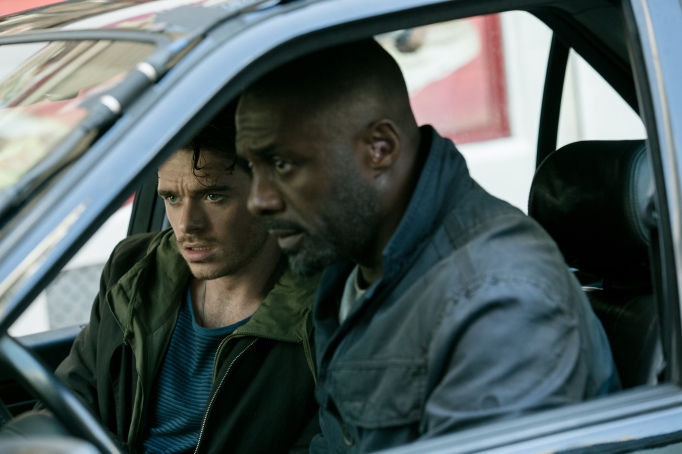 James Watkins’ Bastille Day is an adequately entertaining action thriller. Despite its flaws, the film is watchable.

Michael is an American pickpocket living in Paris. When he picks up the wrong bag, Michael is mistaken for a member of a terrorist group. With Bastille Day fast approaching, the CIA’s Briar is on a mission to track down Michael…

Bastille Day features many tropes of the action thriller; there are twists, double agents, and high-octane sequences. Director James Watkins’ film, written by Andrew Baldwin, seeks to evoke the spirit of classic action thrillers in a contemporary setting. The film is successful in its momentum and energy, but it is not without its flaws.

Bastille Day‘s plot focuses on a not irredeemable pickpocket and the CIA agent looking for terrorists in Paris. These characters are drawn in broad strokes; there is little nuance to these protagonists. The set up of the pickpocket who accidentally becomes embroiled in a terrorist plot works quite well because of its setting. The Paris setting is refreshing, if unnervingly prescient. Moreover, the film’s pacing is good; building to a strong momentum with the ticking clock of the holiday.

Dialogue in the Bastille Day is ranges from passable to awful. There are lines in the film that are wince-inducing. The narrative has some interesting facets, but it is hindered by a twist too many. Quite why Americans have to say the day – given that the film is set in France and stars British actors – may jar with some viewers. Action sequences have a level of freneticism, although they are not always well executed.

Idris Elba delivers a decent performance, but he is better than the material he is delivering. Richard Madden’s American accent is poor at times, whilst Charlotte Le Bon is decent as Zoe.

Bastille Day will be a fix for those looking for a standard action thriller, although it is rather forgettable.