Here’s what to watch on Shudder this weekend, featuring Witchfinder General, The Lair of the White Worm, and short The Puppet Man…

What to Watch on Shudder: Witchfinder General

Vincent Price gives a memorable performance in 1968’s Witchfinder General. Directed by Michael Reeves, the British horror is a highly fictionalised account of the exploits of seventeenth-century witch hunter Matthew Hopkins. Played by Price, Hopkins one of the nastiest characters in British horror. At the time of its release, Witchfinder General was criticised for being sadistic. Nevertheless, the film later found admirers, and rightly so. Contemporary viewers will find resonance in the theme of the state as an evil entity. Perhaps the most striking aspect about the film is the journey of the hero (played by Ian Ogilvy). Witchfinder General delivers a horrifying conclusion, and one that justifies the film’s place as a cult classic.

What to Watch on Shudder: The Lair of the White Worm

Ken Russell’s 1988 film The Lair of the White Worm has a wonderfully camp quality to it. A loose adaptation of Bram Stoker’s 1911 novel, in reality the film bears little resemblance to Stoker’s story. Russell moves the action to the modern day, and focuses on an archeology student who finds an usual skull at the site of an old convent in Derbyshire. The resulting mystery of this, and indeed the snakes that appear, bring in the current lord of the manor, as well as a mysterious lady who owns a nearby stately home. Featuring early roles for Peter Capaldi, Hugh Grant, and Amanda Donohoe, The Lair of the White Worm offers some great camp excess. The dream/hallucination sequences are absurd but immensely watchable trips. Certainly not the finest of horror films, nevertheless Russell’s picture is a lot of fun.

What to Watch on Shudder: The Puppet Man 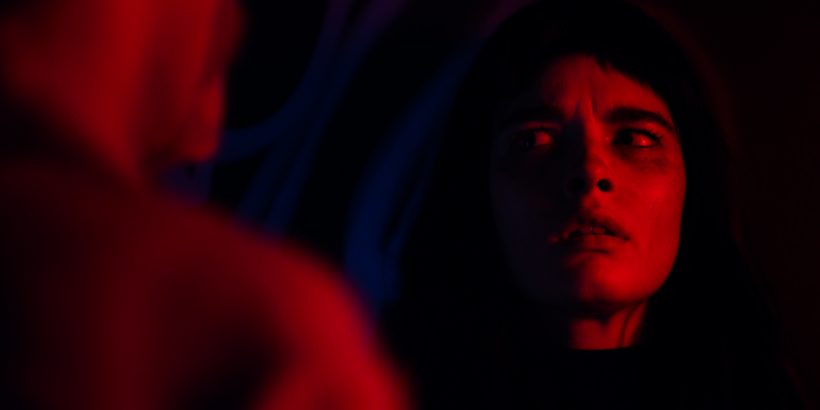 Jacqueline Castel’s 2016 short The Puppet Man feels like a homage to eighties horror movies. The film is about a group of young adults who visit a deserted bar, but they are not alone. There are several references to classic 1980s horror, and even a cameo from John Carpenter. Castel offers great cinematography, with The Puppet Man looking every inch the retro picture. Moreover, the score is quintessential eighties horror.