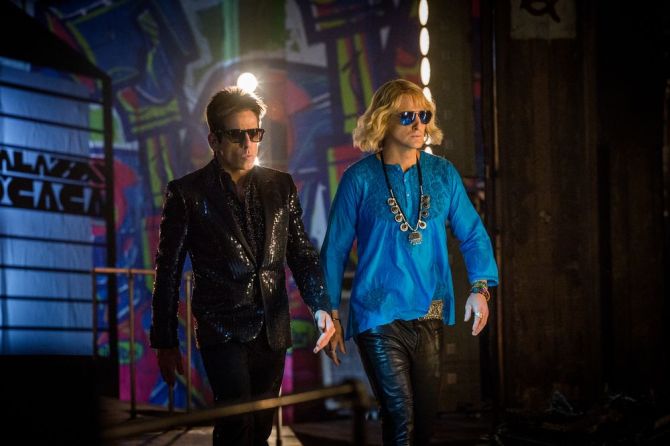 Male model Derek has spent years in exile following the decline of his career and a tragedy. When he and Hansel are invited to model in Rome, they see it as their comeback. Not all, however, have the same idea in mind…

A long-delayed sequel to the 2001 comedy Zoolander, the film attempts to capture the same tone as its predecessor. In this regard, the Zoolander 2 is successful. Nevertheless, the film does not reach the comedy highs of the original, with many of the jokes falling flat. It is a shame, as the original is seen with so much affection.

Ben Stiller directs, co-writes and stars in Zoolander 2. The film reunites the main characters from the first film, whilst also relying on the same brand of humour. The problem with this sequel is that the comedy is not as funny the second time around. The jokes are not as solid as they were in the original, disappointing viewers looking for plenty of laughs. There are a few decent moments, such as the parodying of the use of social media and hipster culture, but overall the film simply needed to be funnier than it is.

The narrative of Zoolander 2 revolves loosely around the murder of some well-known stars and Derek’s journey to win back his son. The plot is a silly one, but this would not have mattered if the jokes had hit the mark. The film is brimming with celebrity cameos. There are so many, in fact, that it is easy to miss some of them. Stiller and Owen Wilson still have good chemistry after all these years. Kristen Wiig is great in a completely over the top role, and Will Ferrell seems to be having fun reprising his role from the original.

Zoolander 2 has a similar feeling to Anchorman 2: The Legend Continues; a delayed sequel of a much-loved comedy that does not live up to expectations.